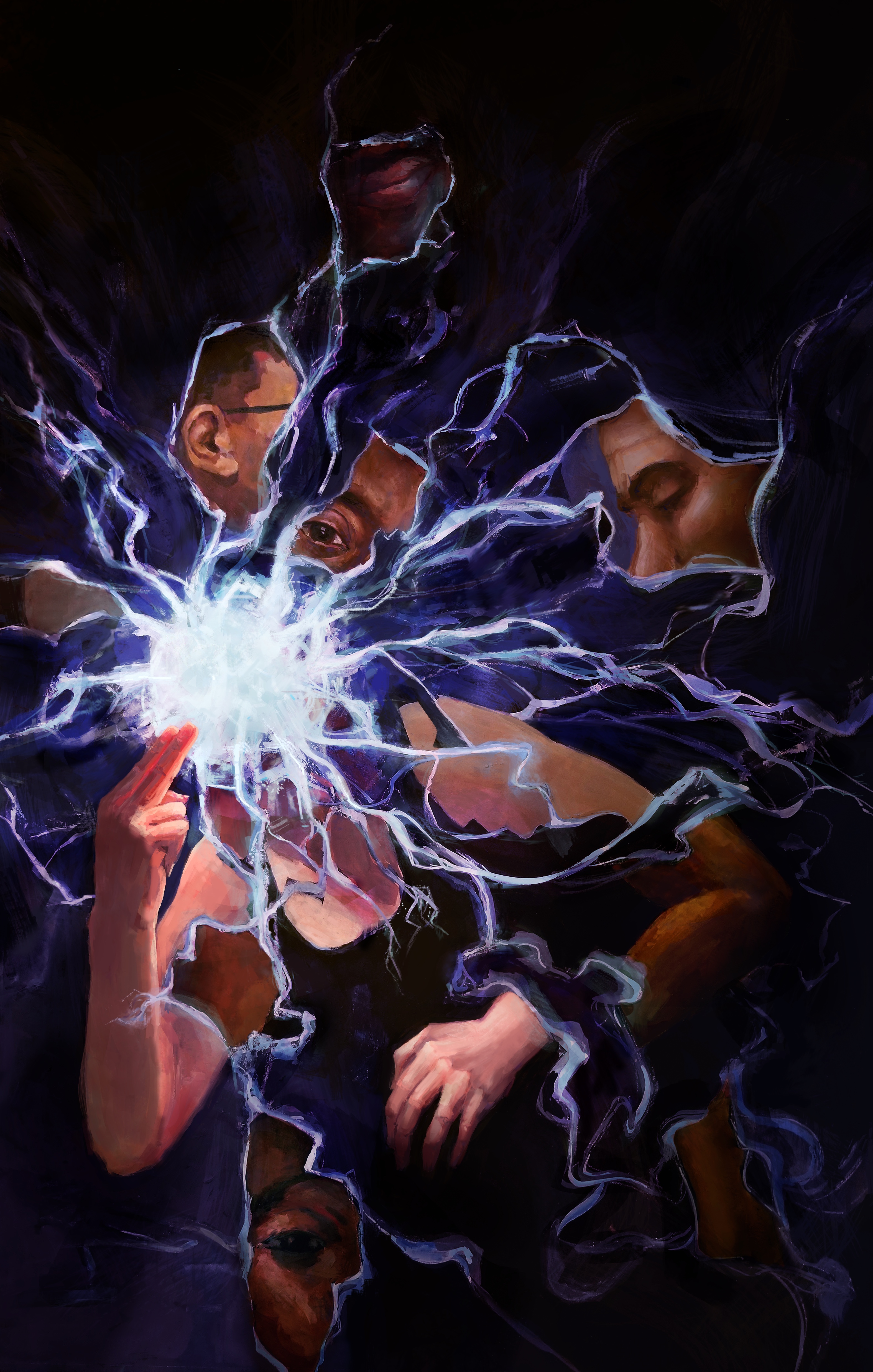 Hi there, I'm Erica! I'm a freelance illustrator who's always willing to have a nice chat about art and business.

I am open to critique

Hi there! This piece is a mock cover for Tor.com's Novella 'Patchwerk' by David Tallerman. I was painting the abstract view of the book where the main character moves through the book hopping in between different bodies of 'themselves' thru different alternate dimensions. This happens because of a damaged futuristic machine that allowed them to move things to and from other dimensions.

It's painted in a combination of Gouache and digital and it's pretty close to done. I would love nitpicky critiques to really make this the best possible piece.